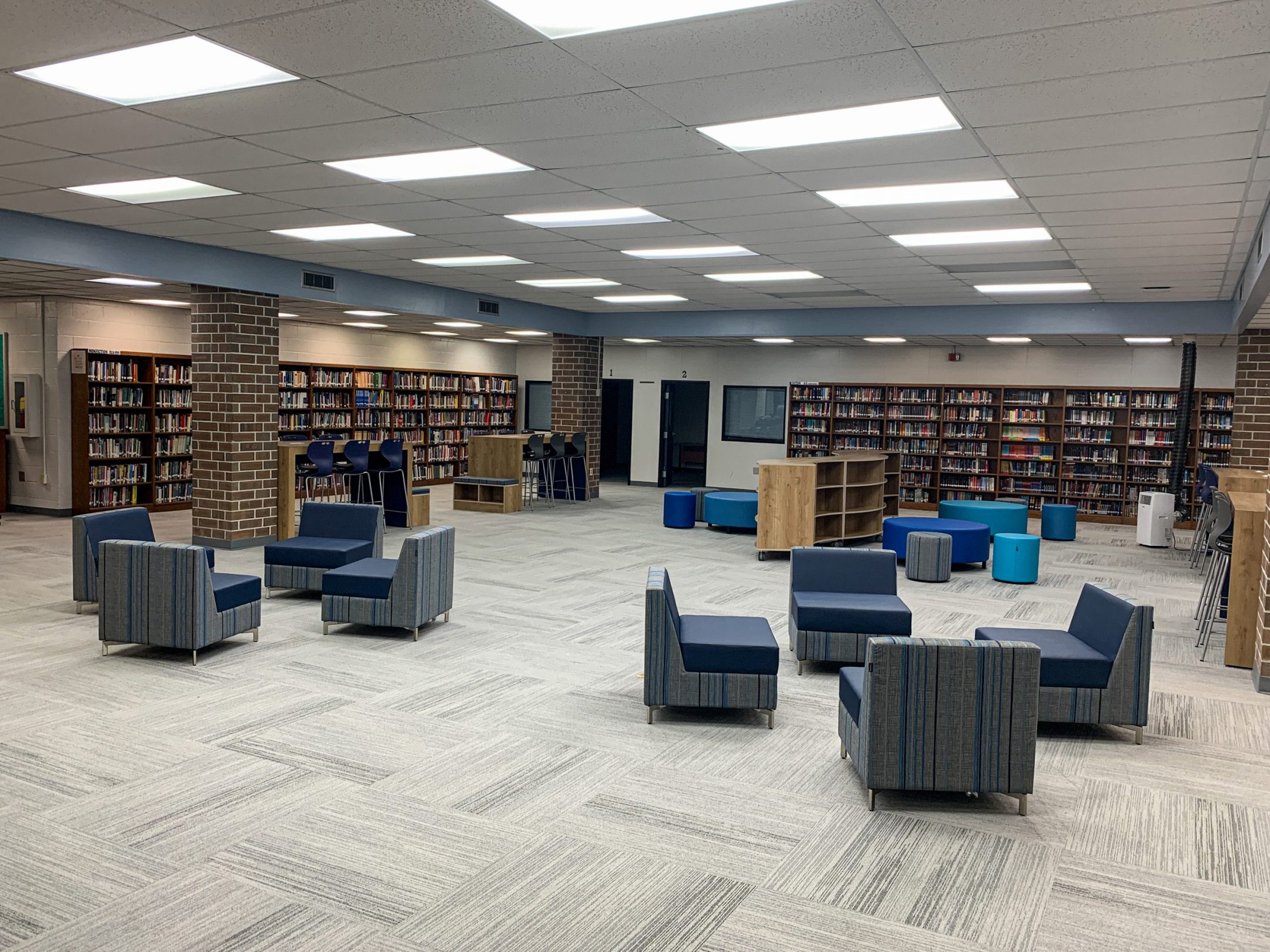 A two-year plan to upgrade an aging media center culminates into a space where flexible furniture supports a wide range of academia and social activities on campus.

With about 950 students in grades 9-12, Georgetown High School in South Carolina was in the planning stages of a media center overhaul when George Geer came onboard as media specialist. At his first planning meeting, Geer was asked about his “plans” by the project’s architects. “I didn’t realize I was the one who was driving the bus,” he says, “and I figured they would tell me what was going to happen.”

Wanting to push beyond the limits of the traditional media center—a rigid atmosphere, solid oak desks, and furniture that was difficult to reposition—Geer was happy to learn that he was being given a lot of latitude to make changes. “Up until that point,” he recalls “the main activities in the media center had been reading and studying. It wasn’t a hub for the school, and I wanted to change that.”

Three years ago, the focal point for Georgetown High School’s media center was a gigantic circulation desk centered in the middle of the room. Custom built, the structure dominated the space. “We really wanted to get away from that and create a more flexible, inviting space,” says Geer, whose principal also wanted enough room for the entire faculty to be able to meet in the library once a month.

Our forward-thinking district, planning to update all of its media centers, gathered its librarians to meet with several different school furniture designers. “Kim Diaz (from MiEN) brought some furniture samples in, so we did some sit tests and twisted around in the chairs to see what did and didn’t work,” says Geer. “I really liked the furniture that MiEN brought in, so my principal and I made the decision to work with them.”

Five months later, the high school kicked off its media center renovation—a project that was two years in the making. Early on, Geer says physical spacing was one of his biggest challenges. “Sometimes you don’t bring enough things in, and it looks empty; or you bring too much in, and you can’t move around,” he explains. “I was really pleased with MiEN’s 3D graphics. The layouts came with both a 2D overhead view, where I could see things clearly, but the 3D really helped me picture how the space would be filled.”

Geer says sight lines were another key concern, as was making sure that he could manage the space from a new vantage point. These and other concerns were addressed and changes made quickly during the renovation, says Geer. “I was sometimes physically in the space with Kim, who would make a phone call and have the changes made almost instantaneously. It was incredible.”

Key changes included removing the giant circulation desk and much of the existing space’s waist-high shelving units. “We weeded very heavily,” says Geer, “and completely changed the focal point of our media center.” A few of the high school’s must-haves included ample charging stations, space to accommodate academic activities, a variety of different seating styles (including “knee stools” where someone can easily drop in and join a conversation), and a variety of modular furniture options.

“My favorite feature is a large piece of furniture that includes two curved sections and a table in the center with benches around it,” says Geer. “It basically creates its own little classroom with seating on both the outside and inside.”

The Furniture Defines the Space

With its revamped media center, Georgetown High School has created an innovative learning and gathering space that is loved by both students and teachers alike. Student converge on the space individually or in groups, with the latter often involving activities like essay writing, brainstorming, and other collaborative interests. “Our space really brings everyone in tight,” says Geer, “and creates small communities within the larger space; the furniture is defining the space.”

The media center also serves as the perfect backdrop for group performances, cultural dances, and other large-group activities. “We clear out all of the tables to the side and utilize it as an amphitheater,” says Geer, whose team enjoys having this level of modularity in a space that used to be highly constrictive. “It has completely transformed the way we can use the space because everything is easily moveable. We can redesign the space on a dime without much effort.” 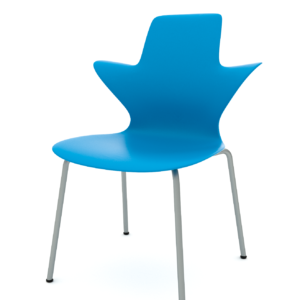 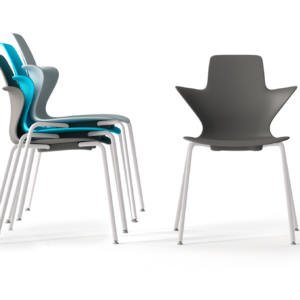 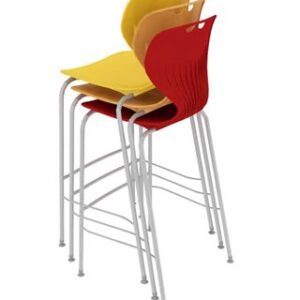 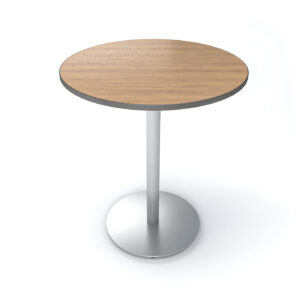 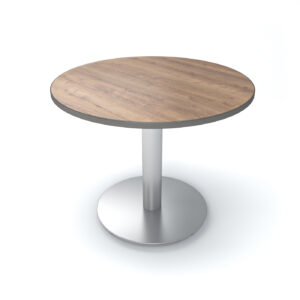 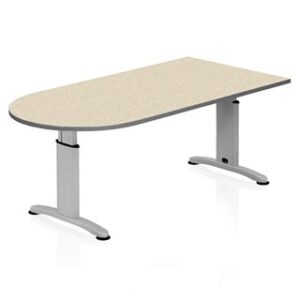 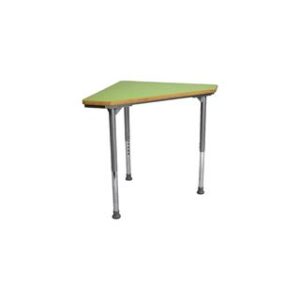 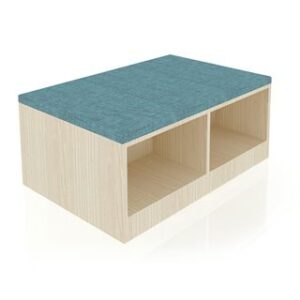 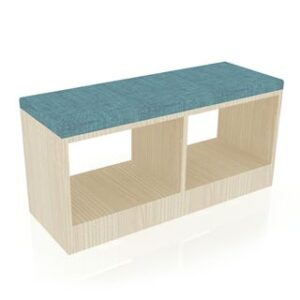